Today is day #4 of the Black and White Exhibition! Over 40 2D and 3D combined artists have created a variety of black and white art work! Today at 4pm slt we have live performer Dimivan Ludwig for a special 1 hour performance! Dresscode is casual!

Review of the current exhibit at Wanderlust Bench Art Park

The current art at Wanderlust Bench Art Park will continue to be exhibited until the end of February. The view has been changing with neighbor’s renovations, land sold and abandoned and some recent weird terraforming on abandoned land which might be coding errors or some strategy on the part of the Lab.

Joining us is Ani Jung with three beautiful nature photographs.

The piece propped against the wall to the left gives a notecard with a timely philosophical quote.

Soon we’ll have been here for one year. I’ve learned a lot taking care of this place and enjoy hanging out with friends here so I don’t begin to associate it only with working and communication tasks. Behind us on the wall to the left are the current destination posters with landmarks and then photography by…

One Billion Rising returns for another year:

One Billion Rising in Second Life

RISE! DISRUPT! CONNECT!
One Billion Rising first began in 2013 with the fierce struggle against sexual and physical violence – taking on the advocacy against rape, battery, incest, female genital mutilation and sex trafficking that V-Day campaigns over 18 years have been at the forefront of. Over the last four years, as One Billion Rising has grown and the local campaigns deepened, it has also brought in economic violence and the violence of poverty, racial violence, gender violence, violence caused by corruption, occupation and aggression, violence caused by environmental disasters, climate change and environmental plunder, violence impacting women in the context of state sponsored wars, militarization, and the worsening internal and international displacement of millions of people, among so many others.

This year, One Billion Rising Revolution is giving sharper focus and visibility to the exploitation of women, and to harnessing even stronger global solidarity to demand…

PRICE OF HUNT ITEMS: All items are 10 lndens, with 100% proceeds going to Team Diabetes of Second Life

Join us today at 6pm slt for a special event by Whymsee! What is Whymsee? It is audience participation cabaret and you get a special 1 hour of music and fun dancing!

Remember that shopping, hunting, 7seas fishing, the rides, and more are all open 24/7!

Congratulations to Ruby Ornamental, she won first place in the Selfie With the Enkeli Photo Contest! She Avi placed second and R Willows placed third! You can view the photos below:

Very special thank you to all participants! You can still visit the Enkeli in the Curio Exhibition at the following slurl:  http://maps.secondlife.com/secondlife/Serena%20Imagine/155/118/22

There are only 4 DAYS LEFT to enter the Fall into Autumn Photo Challenge, presented by Kultivate Magazine and Balderdash.

Balderdash is a brand that creates home and garden items and landscaping content. Balderdash is owned and operated by Saiyge Lotus in Second Life. This photo challenge has a combined 3,000Ls in prize money and the winner will win the following items from Balderdash to decorate their home for autumn:

You can view these items at the marketplace links above or at the Balderdash in world location:  http://maps.secondlife.com/secondlife/Night%20Whispers/126/123/2002

END_OF_DOCUMENT_TOKEN_TO_BE_REPLACED

Kultivate Magazine and Balderdash are pleased to announce a new photo challenge!  Balderdash is a brand that creates home and garden items and landscaping content. Balderdash is owned and operated by Saiyge Lotus in Second Life. This photo challenge has a combined 3,000Ls in prize money and the winner will win the following items from Balderdash to decorate their home for autumn:

You can view these items at the marketplace links above or at the Balderdash in world location:  http://maps.secondlife.com/secondlife/Night%20Whispers/126/123/2002

END_OF_DOCUMENT_TOKEN_TO_BE_REPLACED

Kultivate is a proud participant in Stand Up to Cancer and will host a benefit event on September 10, 2016 at 3pm slt!

40 OF YOUR FAVORITE VENUES
OVER 160 PERFORMERS
ALL COME TOGETHER TO SUPPORT STAND UP 2 CANCER!!!!!

END_OF_DOCUMENT_TOKEN_TO_BE_REPLACED

Only 3 DAYS left to enter the Home Away From Home Photo Challenge!

This photo challenge has a combined 3,000Ls in prize money and the winner will win The Camden Photo Studio from Maven Homes! Below is an image of this awesome photo studio:

END_OF_DOCUMENT_TOKEN_TO_BE_REPLACED

Last year, Libertà was the unexpected triumph of SL’s summer music festivals garnering record crowds and hosting the best brands for shopping.  Libertà focused on the freedoms explored through music and in that one memorable weekend, music guided attendees on a journey with no restraints and endless possibilities.

The journey did not end there.

This year, Libertà² Journeys, sponsored by BRM Radio and Bell Estates, will raise the bar on SL entertainment.  The BullRing Family invites music lovers from across the globe to celebrate and embrace the journeys that music takes us on.   The sim opens on August 12th for exploration, adventure, and pre-fest activities.  On August 19th, the official opening ceremony kicks off the artistic exploration of a lifetime guiding attendees through various genres, all crafted to highlight music’s ability to launch us on a voyage far, far away.  Libertà² Journeys will energize the grid with positivity, freedom and memories through the absolute love of music.   This is your journey, this is your freedom…Play the Moments – Pause The Memories!!!

EUCALYPTUS CARROLL: I have been in Second Life for 10 years, and have enjoyed seeing the progression of things in this virtual world. I enjoy exploring the many wonderful sims and taking photographs. I am also a Dream’s Builder and enter building contests whenever I can. I have learned a lot about photography and building from my many friends who have always been there to support me.
I have entered a few of my photographs in competitions at Dreams, and was lucky enough to win 1st Place Judged for one of my photos.

My thanks to Margo Hollak and Veruca Tammas for encouraging me to take part in a Windlight Art Exhibit.

KODYMEYERS RESIDENT: Capturing the wonderful ambiance and environments created by so many talented landscapers in Second Life is my way to relax and explore my imagination.

Each picture depicts a story or is a reminder of an experience one can reflect upon when admiring it. As a perfectionist, I take the time necessary to capture the picture, experimenting with different angles, framings and windlights, until the perfect shot is created — the one that comes alive.

Using different programs and techniques to create my pictures, the result is always a surprise. My goal is to portray the magic behind the raw image. To be able to contribute to peace and happiness in this world is an honor and an endless pleasure.

We are pleased to announce our Anniversary Issue!  At 294 pages, this is our largest issue yet! This issue features Bryn Oh, Indie Teepee Coordinator EvelynScarlett, alme Owner Chloelectra Resident, Swank Owner Adonis Lubomir, information about the 7th anniversary of metaLES, and a very special treat! As Windlight is about the arts, we have 50 images from our Windlight Artists, Contributors, and Artists in Residence. We also have images from our Edge Stylists as they showcase the latest summer fashion trends! Very special thank you to Jamison Burnstein for the cover image. Click the image below to view the issue:

MadPea Productions and Windlight Magazine would like to congratulate the winners of The Interview Photo Contest: 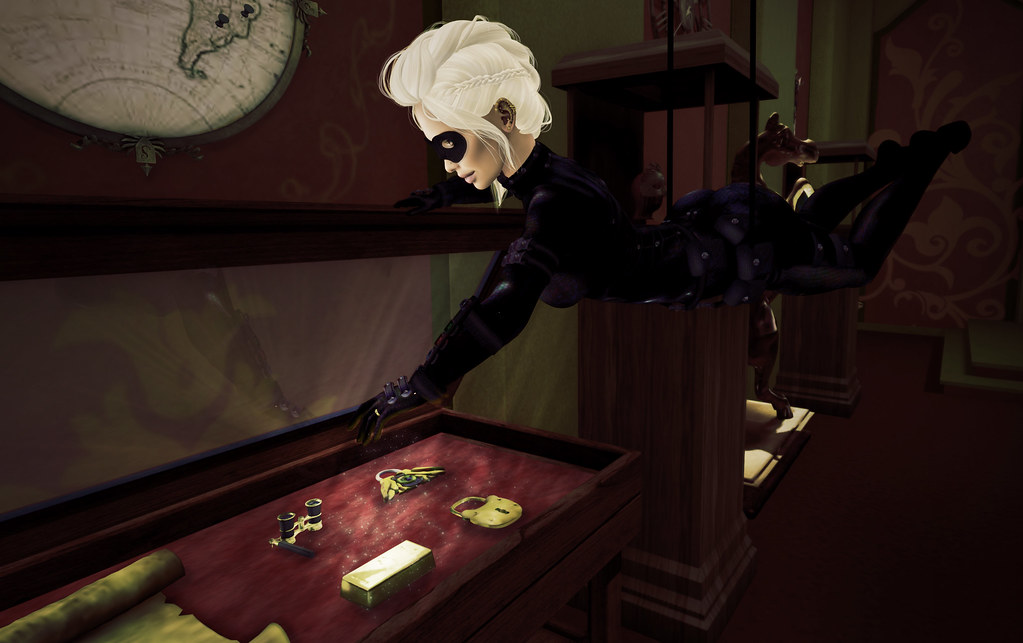 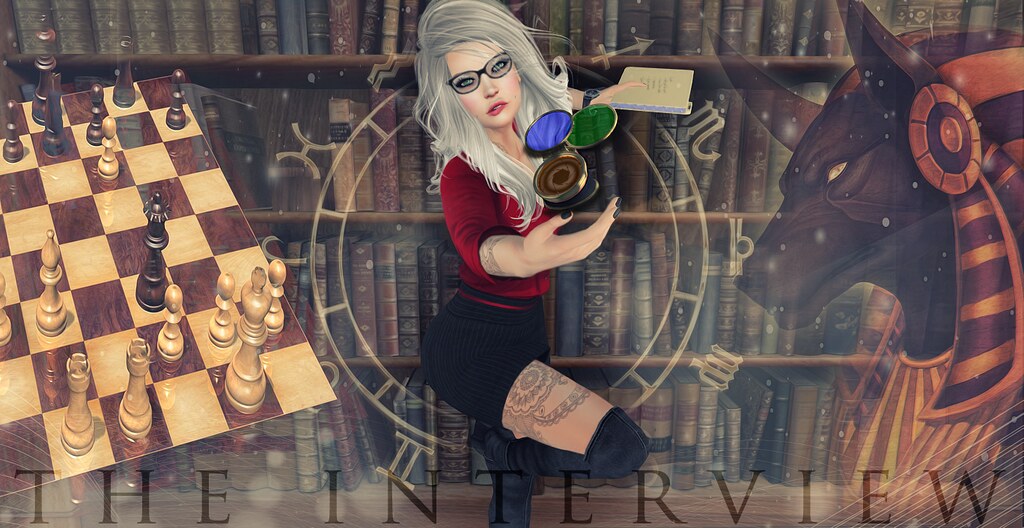 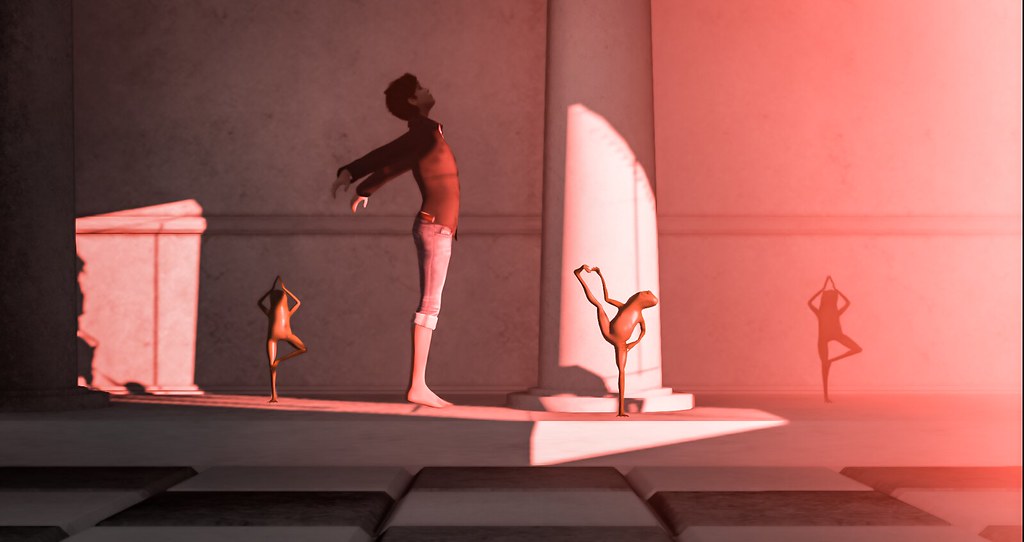 Very special thank you to all of our participants!

Windlight is pleased to announce the winners of our Windlight Spring 2016 Art Show Photo Contest:

Opening on Sunday, March 6th at noon SLT is an ensemble exhibition entitled Solitudes, which is taking place at  CK Ballyhoo’s CKB Gallery on Mistwood Isle.

On display are works by Whimsical Aristocrat, Jamisson Burnstein, Sera Galaxy, Hana Hoo, Rawnie Lane, Johannes1977, Peep Sideshow, Ceakay Ballyhoo and myself. As the title of the exhibition suggests, each artist’s works (three each) on the theme of solitude. Such are the different approaches each of us takes to our work, the result is a broad range of images, each set of pictures distinct from the others, yet all recognisably linked by the theme……

The following friends were very kind to join in and make this a wonderful show.

Dress:
Yes please!
(formal has been requested by the gallery owners)
Thank you in advance and look forward to seeing you there!

Windlight Magazine is proud to present the Windlight Winter Art Show and Winter Showcase for Team Diabetes in December! For a list of participants and info, click the link below: