Below are the winners of the Kultivate Sensuality Photo Challenge! Please note that these images are adult in nature.

Kultivate Magazine is seeking Spring images for our March 2018 issue. If you would like to have your image published, continue reading:

The January 2018 issue of Kultivate Magazine is now available! This issue features Winter Art from our great artists, the Fairhaven Sim, the 3 Artists at Gallery Cecile in Second Life exhibition, a photo essay on the R.A.H.M.E.N.L.O.S sim, the Ivy Fall sim, The Listening Room, Ach’s Garage in Sansar, Runway 101, and The Edge Stylists present Winter stylings. Very special thank you to Kodymeyers Resident for the cover image. Click the cover to view this month’s issue:

Today’s image of the day is from Sabine Mortenwold:

Today’s image of the day is from Delssia moth: 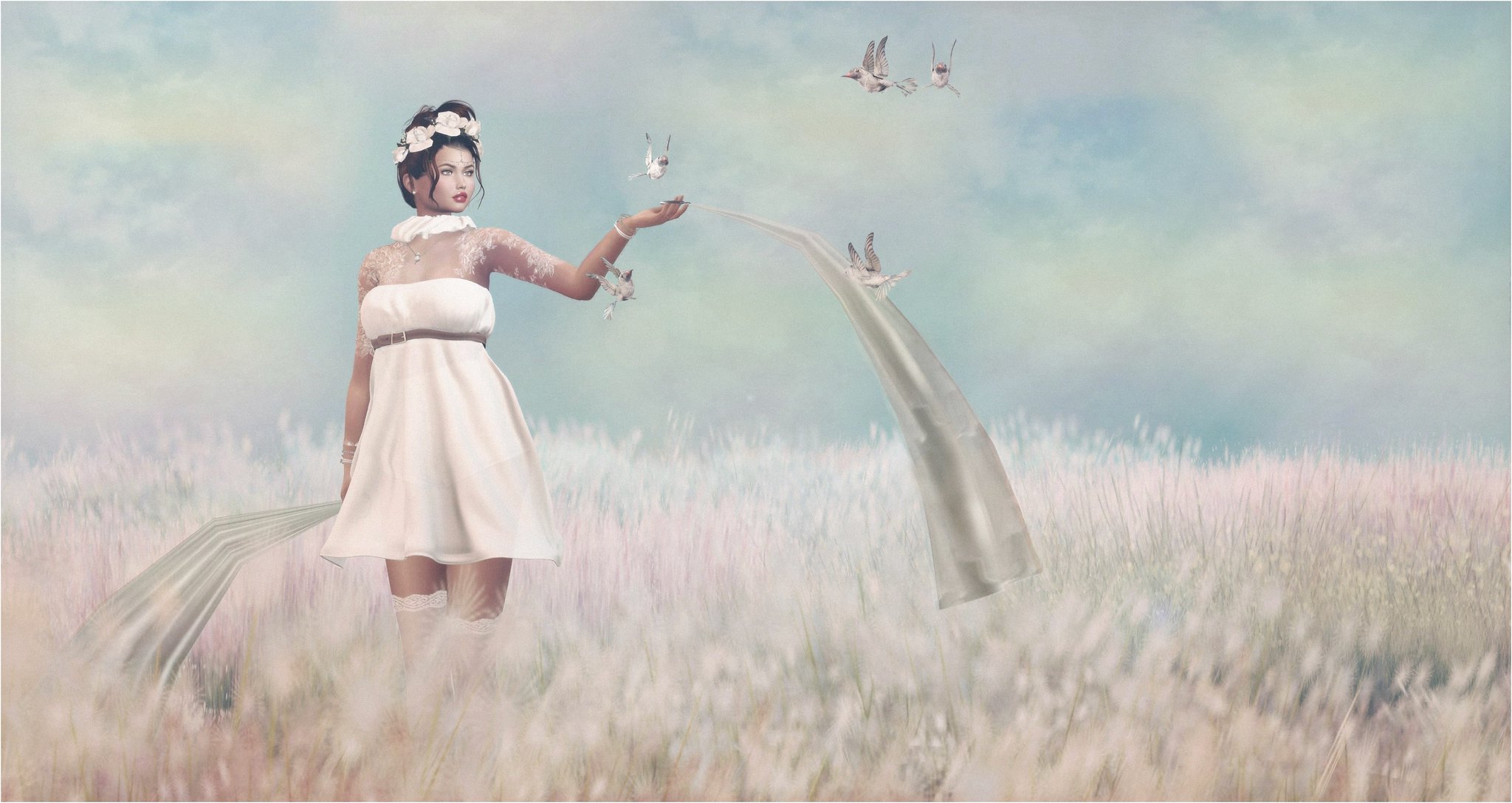 Join our Flickr group to have your image considered for the image of the day.

Today’s image of the day is from Slatan Dryke: 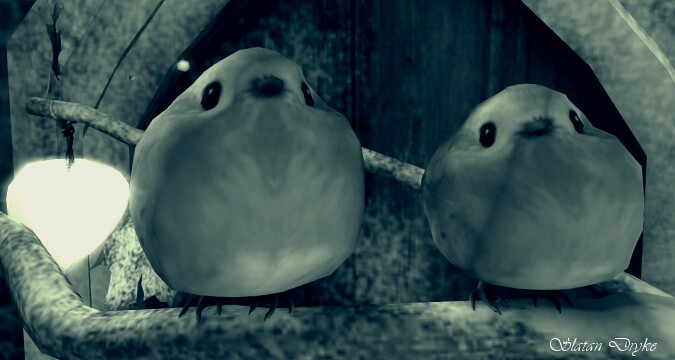 Today’s image of the day is from Holly Portland:

Below are the images of the day. Join our Flickr group to have an image considered for our image of the day: https://goo.gl/4kmn77:

Today’s images of the day are:

Join our Flickr group to have an image considered for our image of the day: https://goo.gl/4kmn77

Can one make works which are not works of ‘art’? – Marcel Duchamp

If everyone isn’t beautiful, then no one is. – Andy Warhol

Are your Flickr images art? Are your social media photos and images art?

Recently, I asked a friend of mine to submit some of her Flickr images to an art exhibition in Second Life. To my surprise, she declined because she didn’t think her work was good enough, that it wasn’t art.

This isn’t a phenomena exclusive to the many photographers or graphic artists on the Web. It’s just as much an issue with anyone who hasn’t had their work formally anointed as art, and in some cases, even established artists.

Norman Rockwell throughout his life insisted, “I’m not a fine arts man, I’m an illustrator.” Just as with my friend’s work, some people disagree with Rockwell’s assessment.

From the most mundane snapshot of your cat to the crassest closeup of your genitals, if you proclaim it’s art, it’s art. Who am I to argue?

Art history is filled with examples of artists who insisted their work was art before anyone was ready to accept it as art. It is not our place – no matter what we might think of your work – to tell you whether your work is not art.

Marcel Duchamp was trying to make exactly this point with The Fountain. In 1917, Duchamp anonymously submitted an upside down urinal entitled, The Fountain, as a work of art to the Society of Independent Artists, a society which Duchamp helped found.

[Image: fountain.png, Caption: Replica of the Fountain by Marcel Duchamp]

Duchamp did not reveal he was the creator and the urinal was presented to the board as being from new artist, R. Mutt. The urinal was rejected as art and never formally displayed. The only surviving photograph of it was taken by Alfred Stieglitz.

The Fountain would later be accepted as art and seen as one of the seminal pieces of 20th century art. Hurray for Duchamp.

There are two important things to take away from this story:

The original Fountain was lost and never exhibited. It never saw the formally saw the inside of an exhibit room of a gallery or museum (It might have been photographed by Stieglitz in his gallery, but it was never exhibited.).

Context does matter. Formally displaying a work in a gallery or museum does have an almost magical transmogrifying effect – what was once a simple painting of a soup can takes on a whole new meaning once it’s hanging in a prominent New York gallery.

If special people say it’s art, it must be art, right?

But this never happened with The Fountain. It never got a gallery show. Except for a few friends of Duchamp’s, who were probably in the know, it was rejected and relegated to the store room.

Duchamp would agree with you.

Note: If you want to learn more about The Fountain, read the Tate Museum article referenced below. The Wikipedia entry is a bit of a hash.

But what if you don’t think your work is art?

If I’m a gallery  owner or a museum curator or an art critic, you might be more likely to accept my word on it. A knowledgeable opinion is a little more likely to sway yours. At the least, you’re probably more receptive to them.

But what if I’m nobody with no art background, but your work “feels” like art to me?

Maybe I just like the pretty colors in your photo or something about your work really connects with me. Maybe I think what you’ve presented as a casual snapshot of your dog sleeping has a deeper meaning.

Is my response and opinion valid?

Of course it is. And there’s more proof from art history.

Because he was making one of the most revolutionary points in art history: Every one of us brings our own experiences with us when we view a work, imbuing what we’re seeing with a meaning special to us. Whether its Michelangelo’s David or Rauschenberg’s blank, white paintings, that meaning is personal.

Every one of us, sees a work differently because we are all different.

If I see art in a plain, white canvas or in what you think is just another snapshot of your sleeping dog, then it’s art.

Duchamp once asked, “Can one make works which are not works of ‘art’?” I think he meant the question rhetorically.

Our lives are art. How you document that art is up to you, but what you post to social media and the work you post on Flickr is very much art. 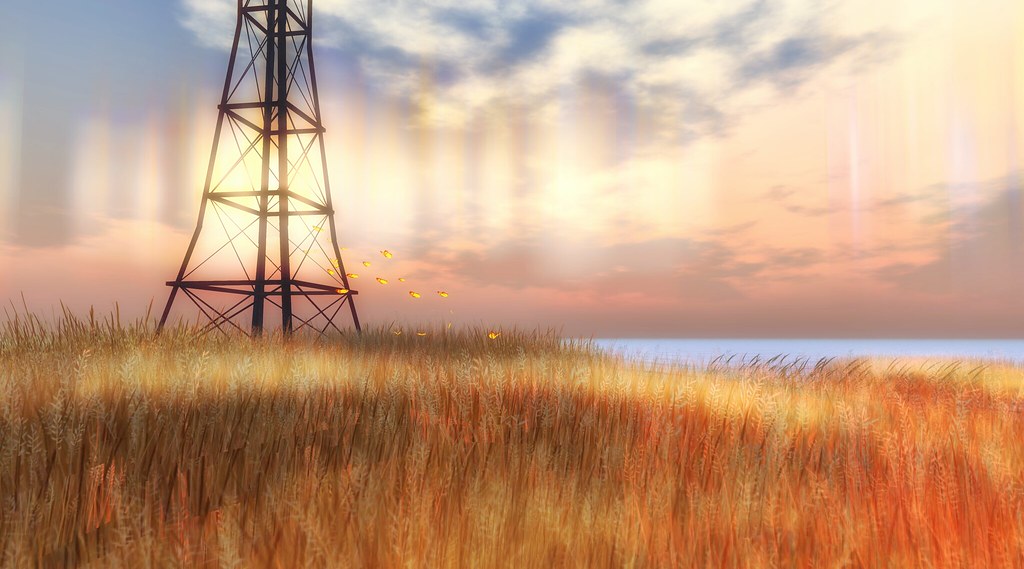 Join our Flickr group to have an image considered for our image of the day: https://goo.gl/4kmn77

Post your images in our Flickr group to have them considered for our images of the day.

As today is Easter, our images of today reflect the bunny in all of us:

On April 1, 2017 the next edition of Kultivate Magazine will be published (and no it is not an April Fool’s Joke)! This issue will feature artist Giovanna Cerise, the Rosehaven Sim, a preview of the Kultivate Spring 17 Art Show, The Grand Canyon in Second Life, live performer Melenda Mikael, a discussion of Flickr & art, a cyberpunk photo essay by Wicca Merlin, a photo essay on cityscapes and city streets, The Edge Stylists present their April stylings, and an article to help you produce a fashion show. Below is a sneak peak of the cover: