Below is more information about the very talented and lovely artist–Ilyra Chardin:

Ilyra Chardin is an artist, designer, and LEA AiR Land Grant Recipient, whose installation “FACES” was featured on Designing Worlds (November 13, 2017.) Her immersive exhibition “My Secret Garden” was an SL Destination Guide Editor’s Pick and was the subject of a machinima by ZARRAKAN published on AVIEWtv.

Ilyra is a story-teller. Whether in full SIM or mini 3D Art displays or with 2D original mixed media, hand-drawn, and photo art, there are multiple layers with depth of meaning. She has been featured twice in the SL Enquirer in articles by Dean Lawson: November 2015 “The Multiple Layers of Ilyra Chardin,” and again in February 2017 “A Modicum of Color: An In-Depth Interview with SL Artist Ilyra Chardin.”

Ilyra’s work has been featured at numerous galleries across the grid. Current Exhibits & Art Installations: May be seen on ilyra’s profile.

The March 2017 edition of Kultivate Magazine is now available! This issue features CasperTech Owner, Casper Warden; LaurieC Alexis, Co-Owner of The Keys Live Music Venues & Management Group, artist Nils Urqhart, The Ciottolina Rooftop Gallery, Builder’s Brewery, the Somewhere Sim, March stylings by The Edge Stylists, and two photo essays by Ilyra Chardin and AmyBeeBe. You can click on the cover below to view the issue:

On August 1, 2016, the next issue of Windlight Magazine will be published! This issue will feature artist Igor Ballyhoo, photographers Pam Astonia and Sparkie Cyberstar, Brook Hill Gallery,  Cain Maven,  and Miss SL Organization’s Founder Marcus Lefevre. Windlight Contributor’s Veruca Tammas and Ilyra Chardin return with their respective “Voyages  With Vee” and “Inspirations With Ilyra” series; The Edge brings you a great essay on maximilism by Eleseren Brianna and this issue features the very first article of The Riff, the new rock music division of Windlight! Below is a preview of the cover, very special thank you to Igor Ballyhoo for some awesome images:

As summer is fast approaching, Windlight has created a new summer themed commercial! The commercial features the work of Windlight Contributor, Ilyra Chardin. We hope you enjoy the summer and the video:

The Bailywick Gallery will feature 2D artists who display Second Life based work only. There is also space for one 3D artist. The artists featured this month are:

The curator and owner of the gallery is Eleseren Brianna, Windlight COO & The Edge Editor in Chief

The June 2016 issue of Windlight Magazine is now available!

Very special thank you to Inara Pey for the cover image below! To view the issue simply click the cover below: 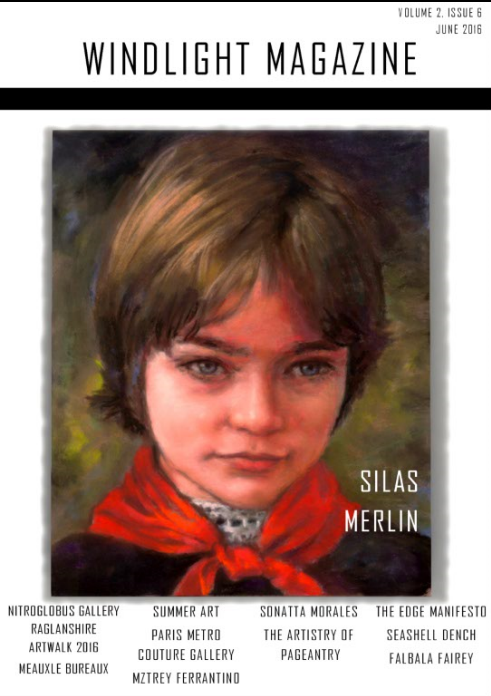