For those that didn’t know apparently last Friday 11th January there was a huge number of tiny avatars that held a protest at Governor Linden’s Mansion in Clementina about the Hover Bug. The (BUG-225893) was making some tinies and mesh avatars float a few feet off the ground.

The Clementina 45 avatar limit was reached pretty quickly apparently and nearby regions became extra busy. Many attended with protest signs and even pitchforks. The Governor Linden’s Mansion in Second Life was originally built by Steller Sunshine (first SL resident) during the early testing days (Alpha) of Second Life.

The good news is that on Monday 14th January Linden Lab updated the status page saying this incident has been resolved. The lab have been working on this issue for the last few weeks or so. 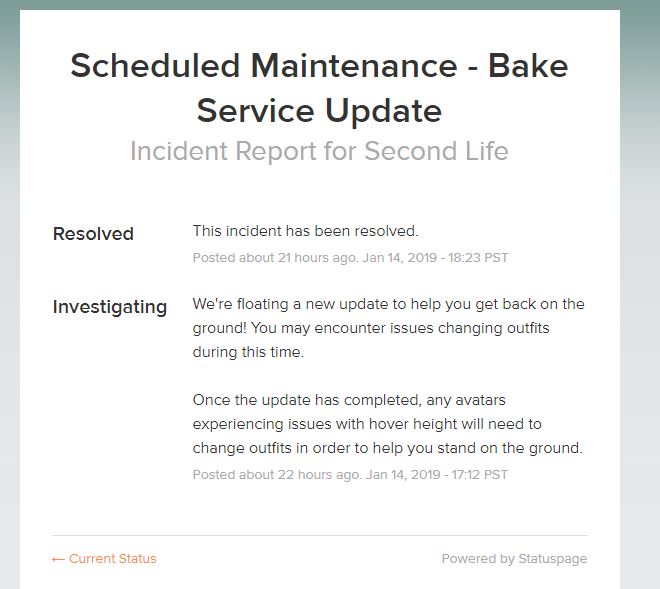 Good work all around I say to resolve this issue.