Monique “Moni” Beebe makes a further return to Dido Haas’ Nitroglobus Roof Gallery to mark the start of the year, with her latest exhibition Forbidden Fruit.

Moni is one of the most sensuous, evocative artist and – given she is generally the subject of her own work – models in Second Life, somthing I’ve noted in the past, as such I’ve been looking forward to seeing her latest exhibition since Dido tipped me the wink that Moni would be making a further return to Nitroglobus. She has the ability to present studies that are rich in mood, sensuality, nuance, story and sexuality – the latter without relying on being blatant provocation.  Rather, they are genuine works of art that would be fully at home in any physical world gallery as they would in a virtual setting. 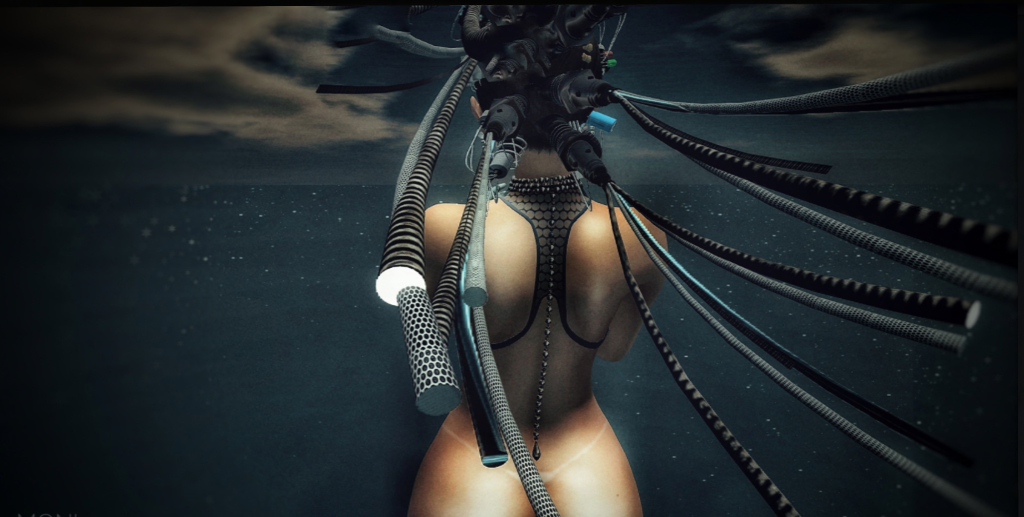 This latter point is…