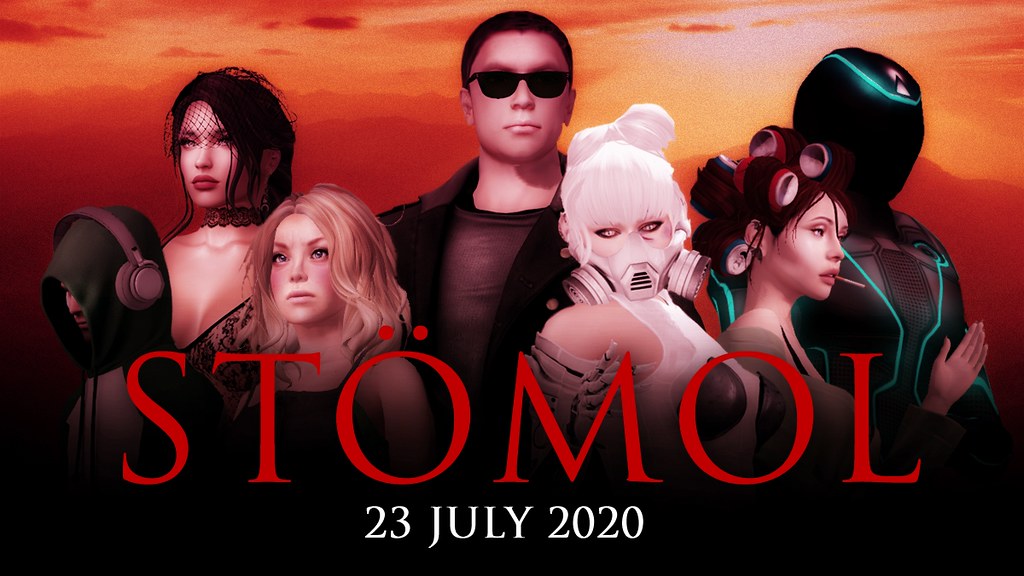 Update: due to some last-minute changes, the public première of  STÖMOL is now slated for July 24th – details at the end of this article.

STÖMOL is an ambitious feature-length science fiction machinima filmed entirely in Second Life and due to première on You Tube on Thursday July 23rd, 2020.

Written, directed filmed and produced by Huckleberry Hax, who also takes the lead role of Epi Stömol, a private investigator. Also appearing in the film are Caitlin Tobias as Waarheid and who is also the film’s assistant director and publicist; Ylva as Verity Certain, Boudicca Amat as Istinito Tatsache, Anthony Wesburn as Adevaru) and Mich Michabo as The Quill.

Stylistically, the film is very much shot in the style of an animated graphic novel – think of the likes of Sin City and you’ll get the idea – that grew out of Hax’s writing and Second…