Windlight Contributor Myra Wildmist is back with another tutorial, this time on shallow and deep depth of field:

I promised a few articles on depth of field. Since it’s such a valuable tool for photography in general – whether in real life or Second Life – I’m likely to have several articles on the topic. I think it’s better to break things up into small, directed topics rather than dump the entire encyclopedia of photography on you all at once.

Sorry. It was a confusing topic for me when I first tried to understand it. I’m hoping this post will make the concepts of shallow and deep DoF easier to understand.

The confusing world of photography

If you go off and look up depth of field, you’re likely to tumble into a rabbit hole of large and small apertures, f-stops, f-numbers and a swirl of other photography terms. There’s a lot to learn, and some of the terms are almost guaranteed to confuse you.

For instance, a large aperture or small f-stop creates a shallow depth of field. When people start mixing terms like large and small and shallow to describe essentially the same thing, I get confused.

So I’m going to skip most of the photography  lingo. If you want to know more, there are some more references at the end of this article.

What’s the difference between deep and shallow DoF? Here’s the easy answer:

You can control the depth – shallowness or deepness – of your DoF using the f-number under the DoF/Glow tab in Phototools (Alt+P).  F-number settings are also available under your graphic settings (Ctrl+P – Graphics) under the DoF tab.

Experiment with the f-number. Change it. Make it big, small, everything in between. Different settings have different effects on the viewer of your photo.

A shallow (blurry) DoF makes the viewer focus primarily on the person or object you’ve set your focus point on. That can make the viewer “yearn” to see more. Technically speaking, it’s also handy for blurring out objects in our virtual world that might detract from subject of the photo.

A deep (sharp) DoF has the opposite effect, letting a person see more of the world surrounding the focus of the photo. If you’re shooting a landscape, deep DoF is usually the best option for your photos.

There are no hard rules, though. Use and play with DoF to suit your tastes and creative ideas.

Understanding what is meant by the actual depth in depth of field, what shallow (blurry) and deep (sharp) mean, will give you better control over the creation of your photos. That will make your photos more interesting and fun.

Understanding Depth of Field for Beginners

How to use depth of field to take better pictures 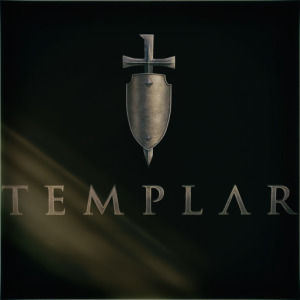