Cain Maven, of Maven Homes and Quantum Luxury Homes, kindly offered Windlight magazine an exclusive preview of his new house, scheduled for release the coming weekend. While very different from what I have seen from his hands before, “La Coupole” is also unmistakably Mavenesque.

La Coupole doesn’t only have several of the features that define Maven homes. It also carries Maven’s fingerprints in itself: The way it’s modeled, the elegant perfection in his texturing, and some surprising twists. The name itself bears evidence of such.

WM: What was your inspiration for La Coupole?

CM: Architecture, like many forms of creativity, is the art of politely stealing the ideas of others. Every iteration of architecture borrows and extends from the masters of the past. Unlike more common forms of theft, there’s no shame in this – it’s how the discipline of creating inhabitable or symbolic structures has evolved over the millennia. Of course, some have been more instrumental than others. In what we like to call Western civilizations, the ancient Greeks undoubtedly deserve much credit. They invented the classical orders, which to this day are significant pillars – bad pun intended – of our architectural traditions.

Then the stealing began. Well, not right away – the Italian Renaissance didn’t kick off until the 14th century or so – but then the Italians took the Greek principles and ran with them, adding their own twists and flavors. Shortly after which the French got into the game, embellishing with some sorely needed elegance and lightness, followed by the English, who true to form decided everything should be dark and dreary. (For example, try to picture a bright and happy English library and your head will explode.)

To cap off this wave of neoclassicism, the newly minted American nation realized that they by definition had absolutely no traditions of their own and so set out to copy the splendor of the Olde World — oftentimes ineptly.

I’m of course totally misrepresenting the history of architecture here, but that’s ok. This is Second Life.

It does however help explain why I chose French Renaissance as the stylistic cornerstone of this build. My personal tastes are evenly divided between the classic and the postmodern, and given that I had done some fairly modern stuff recently, it was time to cast my plundering eyes back in time a bit and see what could be respectfully misappropriated.

WM: But why France?

CM: Why France? Well, my first 100% mesh build was an Italian Renaissance home, so I didn’t want to do that again. Andrea Palladio, wherever he is, probably breathed a sigh of relief. And as much respect as I have for the heavy and somber works of our friends on the British Isles, I was really in the mood for something lighter and brighter. In the end, then, the logical choice was to wade across the channel and explore French architecture.

Now don’t get me wrong : by no stretch of the imagination am I a scholar or an expert. But I find it easier, not to mention more satisfying, to design something when I have the benefit of at least a rudimentary understanding of the original concepts and traditions.

So after much googling and pinteresting and whatnot, I had a reasonable collection of references that I could use as guidelines. It was perhaps a little harder than I expected, because much of the material online harks from the US of A, which makes its authenticity somewhat suspect. Or a lot. Tip: a mansion located in Beverly Hills, California, may not adhere strictly to the finest Renaissance traditions.

I knew I wanted to get the details right, so some of the first bits I did were the Ionic columns – spirals are hard to get right without breaking the land impact budget – and the Fleur de Lis. In parallel, I tried to figure out a floor plan that would pass as authentic as well as accommodate some of my pet ideas, such as the curving stairs and the dome. I’m of course aware that glass domes were not even contemplated in the 1500s, but I really wanted to do it, so there.

WM: So there we have the origin of the name, but you have more aces up your sleeve, I suppose?

CM: I whimsically decided to include a priest hole – which certainly has no business being in a French mansion but belongs in one of the aforementioned English libraries from the Elizabethan era, when being a Catholic priest was not the safest of occupations. I had wanted to do a secret space forever, so when I finally got the chance I took it.

WM: We don’t want to risk the life of our fine cleric, so I won’t tell where it is, but I must say I love the squeaking sound of the hidden door. Another major twist is the pipe organ.

CM: Yes, a pipe organ. Every home should have one. Ask me why I felt that this was a necessary addition, and I will be unable to provide a coherent answer. But again, I really wanted to do it, so it’s there.

WM: The pipe organ fits perfectly in the great hall, and filled with Baroque masterpieces like J.S. Bach’s Toccata and Fugue in D minor, it brilliantly suggests that La Coupole has been loved and lived in for generations. Needless to say, I believe you are satisfied with the end result?

CM: It’s neither chateau nor Parisian, but hopefully something that can be recognized as inspired by French homes belonging to the upper-upper middle class of yesteryear despite its inaccuracies, some deliberate, some sadly not.

It took me a while, but I have to confess that although perfection obviously remains elusive, I’m fairly happy with the outcome. Or as the French might say: À chaque fou plaît sa marotte.

It comprises of three bedrooms and a bath upstairs, and living room, dining room, study, kitchen and wine cellar in addition to the great hall at ground level. There is no such thing as a Maven home without fireplaces, and La Coupole has three of them.

The kitchen, wine cellar and bathroom interiors are removable, in case you wish to furnish these rooms with your own favourite furniture.

As all Maven homes, La Coupole has an extensive home control system that covers security as well as lighting and privacy. The painter HUD is on the other hand a new feature that literally gives endless recoloring options at the click of a button.But no duck this time, because as Cain says: “Rubber duckies weren’t very common in 15th century France.”

You can purchase La Coupole via the marketplace: https://marketplace.secondlife.com/p/La-Coupole-French-Mansion/9361775 or at Maven Homes in Second Life: http://maps.secondlife.com/secondlife/Maven%20Homes/128/128/23 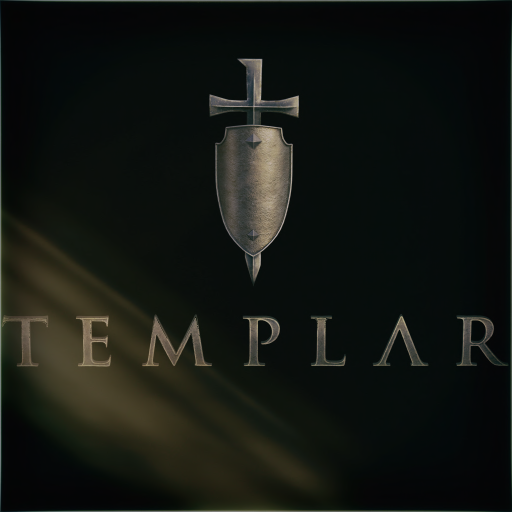